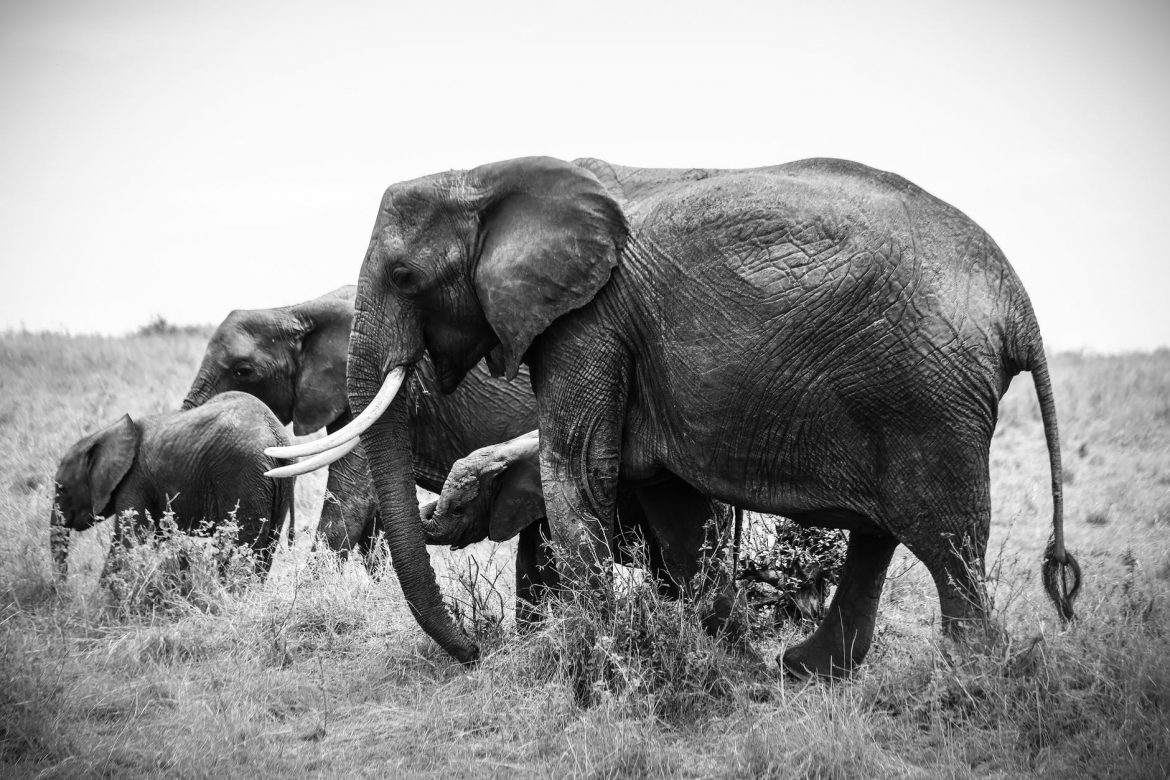 The differences between African and Asian elephants is of Tusks. All African elephants, male and female, have tusks whereas only some Asian males have tusks. About 50% of Asian females have short tusks which have no pulp inside. The elephants are hunted for their Tusks.

Tusks are two big teeth coming out from the mouth of the elephant. These are made of ivory and were used to make jewelry and sold at high prices. Many elephants were shot for their tusks and even today they have to be protected from the poacher in wildlife parks. Other animals are also hunted for their body parts. The Asian black bear is hunted
for its gall bladder, rhinos for their horns, seals and big cats for their skin. A few wild species of crocodile are killed because their skin is used for making bags and shoes.

Hunting is also done for the thrill of the chase and a greed for the trophy, such as a bear or tiger skin. Elephants use their tusks for a variety of tasks. Principally, they are formidable weapons against potential predators like the tiger or in the battle against other elephants. They are also used to aid foraging, digging, stripping bark and moving things out
of the way; trained logging elephants are capable of lifting large logs with their tusks. There is also a display element to tusks and they can attract the interest of females. But unfortunately for greed, we are harming animals badly. So, we have to stop it all, before the species turn extinct.

So, this is Unfortunate Reason why people hunt Elephants